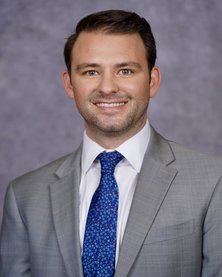 Michael Cubbage, CMP, CGMP has worked in the meetings industry since 2007 and has experienced both sides of our industry, having worked as both a supplier and a planner and has found his niche in the hybrid position of a professional independent planner.  Michael has been involved with the planning of many types of professional meetings & events from association annual meetings with 5,000+ attendees, to street festivals, government meetings, high-end corporate events & multi-day international medical forums. Additionally, he has experience serving a diverse group of clientele, including associations, corporations and government agencies.

Michael has been an active member of the Association of Meeting Professionals (AMPs) since 2008 and has served on a number of committees and on its Board of Directors, culminating with the role of the 2014-2015 Chair of the organization.  He was a nominee for the 2011-2012 "AMPe Award" for Outstanding Meeting Professional of the Year. Additionally, he served as the Co-Chair on PCMA’s national Emerging Leaders Committee, and in 2014 was selected as part of its 2015 class of top 20 in their Twenties for the meetings industry.  In 2014, Michael joined the Society of Government Meeting Professionals (SGMP) and also earned his CGMP (Certified Government Meeting Professional) designation.  Michael is an alumnus of George Mason University, where he graduated cum laude with a B.S. in Tourism & Events Management.

Receive tips and news directly to your inbox